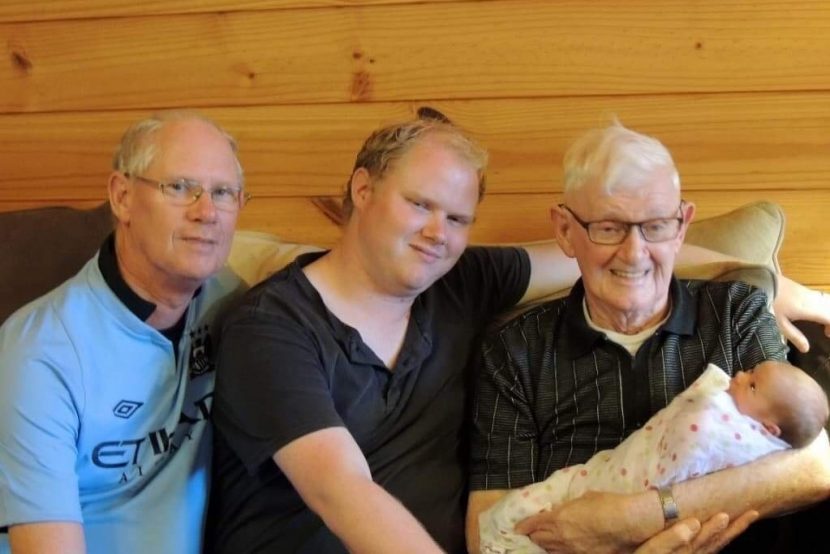 Lockdown produces some interesting by-products, one that I have witnessed is that fathers appear to have more time to interact with their children. It started me thinking about my own father who died a couple of years ago. I largely have very positive memories of my father. He was a man who was brought up by a very strict, distant father in the Depression of the 1930’s. Interestingly I have very few memories of my grandfather although he lived until he was 84.

My father was determined to be involved in my life and decided that he would do that through service. He had no real idea of how to emotionally connect but if I was interested in it, he would be there. He was the football coach or manager for years and later karting team mechanic. We would later go on to play golf (badly) and 10 pin bowling together as adults until I got married and had kids.

I remember an incident a couple of years ago when he was in his 90’s and had the onset of dementia. He had been watching a quiz programme called “Tipping Point” on television when I arrived. He probably didn’t have too much idea of the questions, but there was a machine involved which gave the programme its name. He had been a mechanical engineer and he was very animatedly trying to explain how this machine worked. He was being my father right to the end. I see that programme occasionally on TV, and it never fails to bring a smile to my face as I remember that moment.

When I became a dad, I followed the lessons my father showed me and was involved in most things my kids did. He showed me that love and service were part of a combination. For my own kids I was netball supporter and transport, hockey manager, First XI soccer manager, roadie for the youth band, church youth leader, Parachute Festival attendee and then worker. My father had shown me you didn’t have to know much about anything you just needed to be there and care. I was a teacher who coached Roller Mills Representative Rugby teams which is not always useful when your kid’s play netball, hockey, and soccer. However, I had learned you just needed to turn up and take part. Having a wife who is a psychologist helped me to sort out the emotional side a little better as well. The major thing I think I have added is the journey of faith in the Lord Jesus Christ which eventually travelled generationally backwards and forwards to my parents and the generations below me.

My father was an excellent Poppa to my kids, who just loved to do things with him. He seemed to have learnt some stuff emotionally on the way which blessed our kids in so many ways. He and mum applied the same basic principle; turn up to everything for them as well. A tradition that we have continued with our own grandchildren.

My son Regan is an outstanding father to his daughters, proving that a lot can change in three generations but that can only happen when someone determines to take a risk. I honour my father for his bravery to be the first to bring change in fathering in our family. I can say that each generation has improved in their fathering, but it must start somewhere.

So, whatever your situation this Father’s Day be brave and look to see how you can be a better father, grandfather, uncle, or spiritual father. Your choice could be the catalyst for improvement in generations to come.