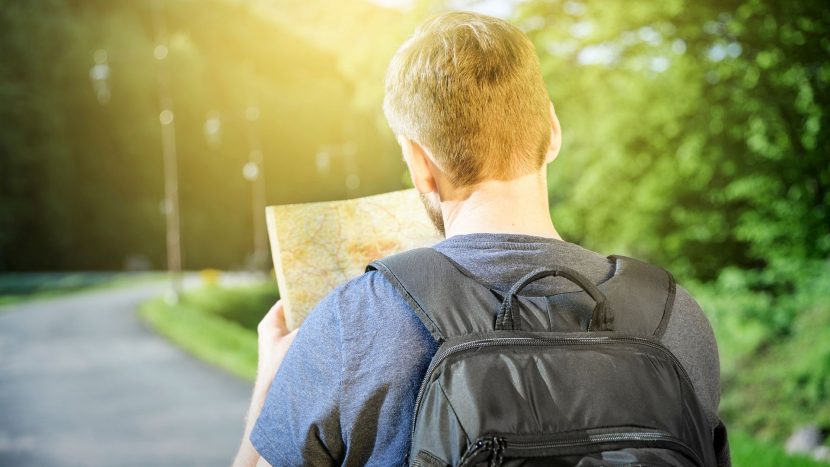 Today’s guest writer is Jack Ponting who is involved in cross-denominational men’s ministry in the Wairarapa. He’s a long-time supporter of PK.

Jack says, “When God speaks, we have a choice; to listen, or continue ‘merrily’ on our own way.” He writes…

After attending a life-in-the-spirit seminar series and believing it was a bit weird, I was delighted to say at the end of the course that we were moving to Rotorua. To me it was a free pass from accepting a role in something I didn’t feel comfortable with.

Moving to Rotorua saw us there from 1988 to 2002. It was a classic adventure that didn’t actually start with an obedience to God’s call, and certainly wasn’t a journey of trust. By this time I had been married five years and we had a son to care for.

My wife and I found a prayer group at church and became key people; climbing the ranks to diocesan level, and I thought I had escaped God! (You’ve got to laugh!)

Christian Men’s Network had their eyes on me; other opportunities to serve came up and I ‘got into them’! About 10 years into ministry through both prayer and men’s groups I felt God was asking me to give up my job at the end of the month! With no job in mind!

Of course I delayed putting in my notice, but telling prayer friends that I felt this was what God had for me. Then shortly before it was time to give notice, God ‘pulled the plug’. I believe it was a test of how much I can trust Him.

After doing an evangelism course we did an exercise in ‘parish roll visiting’. My wife and I visited a home of someone on the roll and the occupiers invited us in. We presented the whole evangelism package, i.e., ‘God loves, We sin, Jesus died, We respond’. They listened intently, then we found out they weren’t ever on the roll, and never had been. What a joy to have such an opportunity given to us!

A priest visiting from the slums of Juarez (Mexico) taught us a tidy line – ‘God has a plan; and it’s not your plan’. Now I expect the unexpected.

In Rotorua, Auckland and Wellington I had 20+ years with Joshua Catholic Men’s Fellowship where God led me through some amazing growth experiences.

Moving to Carterton in 2013, some men asked me to establish a Joshua group in the Wairarapa. I was ready, praying and prepared to ‘go for it’. Figuratively I saw myself lined up in the stalls of a horse race, just waiting for the starter to open the gates. At the 10th hour I heard clearly this was another test of how obedient I would be to God’s call, and that I should ‘keep looking’.

Thanks to a God-ordained appointment in 2020, I was blessed to be given a mantle to do something for men in the Wairarapa. I got together with two other men, invited a pastor and a priest to be our advisors and we quickly formed a group we call BUDS. God gave us there and then a call to unify the divided church. I had this ‘thing’ about ‘unity in community’ and was so excited to now have some friends supporting this.

Numbers continue to be very strong, averaging about 40, for our two-monthly breakfast meetings. Men from many denominations attend (and some without a faith) and we frequently change venues (towns and denominations).

We consider everything written on feedback forms from each meeting, and where practical introduce them as elements in future meetings. I sense God’s presence very strongly in this, have many opportunities to use all of the gifts He has given me, and know that I am where I should be.

Our BUDS acronym focuses on fellowship and building relationships between us, under the guidance of God.

Build relationships between us

Discern what God wants to do with our united force

This is a great measure we can refer to when discerning whether we are working with God or have left the path He has for us. In the future we may see twigs, branches, or trees, producing fruit. But this requires focus, work, and commitment.