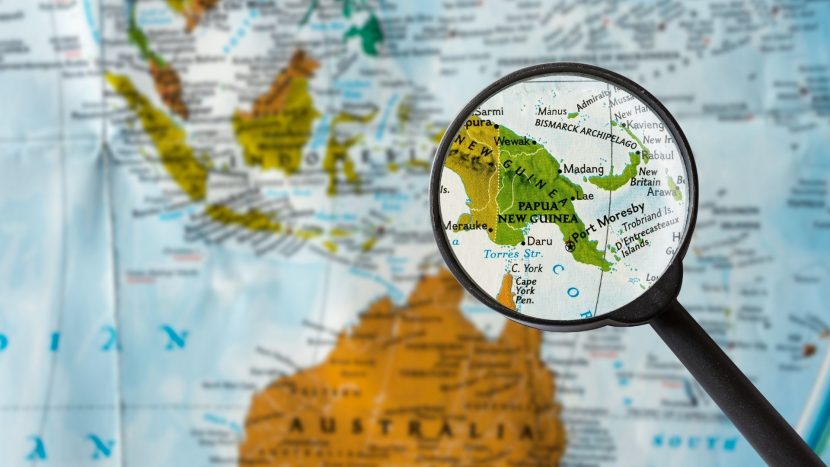 Today’s guest writer is Jack Ponting who is involved in cross-denominational men’s ministry in the Wairarapa. He’s a long-time supporter of PK.

Jack says he is, “Shaped very much by whatever God has given him in the way of opportunities, he acknowledges he is a new creation. When God speaks, we have a choice; to listen, or continue ‘merrily’ on our own way.” Jack writes…

God has asked me to trust Him many times, but not always to the point of fruition. At least not as I expected it to be.

Baptised and confirmed into the Anglican Church about a year and a half earlier, ‘out of the blue’ came a job offer in Papua New Guinea to work as a lay missionary for the Catholic Church in the highlands. It was primarily centred on youth work in the diocese. At that time the only responsibility I had for anything involving youth was leading Sunday school for the church; and my skill qualification was as a typesetter in the printing trade.

I came to know about the position when a lady who had worked for that Bishop for 10 years recommended me, so I took it to God to convince me. I raised three arguments:

I recall very clearly His response to each of my arguments. Forty-four years later I honestly can’t say whether His voice was audible (it created sound waves), or I just heard Him speak in my head. But each point I put to Him was met with an immediate answer, only two words: ‘Just go!’

Within a month I had resigned my job, packed my two suitcases with some clothes and my Bible, and was ‘just going’!

For two years I was solely in charge of running a youth centre, regional director for youth in two diocese, a ‘sort-of’ carpenter with a full woodworking shop at my disposal, overseeing a cattle farm and supervising a crew who maintained and picked our station-grown coffee crops.

I also did ‘odd jobs’ like laying concrete floors for buildings, small building jobs, and unsealed road repairs (stones-in-holes type repairs). My flights to PNG, board and food were provided free but I had to raise funds and be self-supporting for what work I was involved in. Income for my role came mainly by running a canteen on Sundays at our local rugby league ground. My pay of $7 per week was paid from profits made.

These were two of the hardest, yet most rewarding years of my life.

God showed me that my three points of concern about going to PNG were completely wasted. He had everything well covered.

I was there for around 20 months, appreciating the freedom to worship in both the Catholic and Anglican churches. Someone in the Anglican church offered me another position in a more remote part of the highlands, basically in the middle of nowhere.

I drove for the best part of a day to get there, for a look at the position. Even after ‘locals’ stole items from my vehicle while I was there, I sensed God was telling me to take the position. Confidently I started telling others that I felt God wanted me there; and of course, I kept praying daily.

Six weeks later I heard God as clearly as I did when He told me to ‘just go’ to PNG. This time it was also just two words, ‘Go home’.

So, I came home to Auckland, did a month’s ‘handiwork’ for my mother who told everyone that I had returned as a new man. I started to recognise that I was literally ‘a new creation, no more in condemnation; and here in the grace of God I stand.’ (See 2 Corinthians 5:17)

I am sometimes a slow learner, but thanks be to God, when He spoke and I heard, I accepted all that He wanted me to be or do.

To find out about further adventures that I’ve had with God, [click here to read, When God speaks to me and then seems to change His mind.]