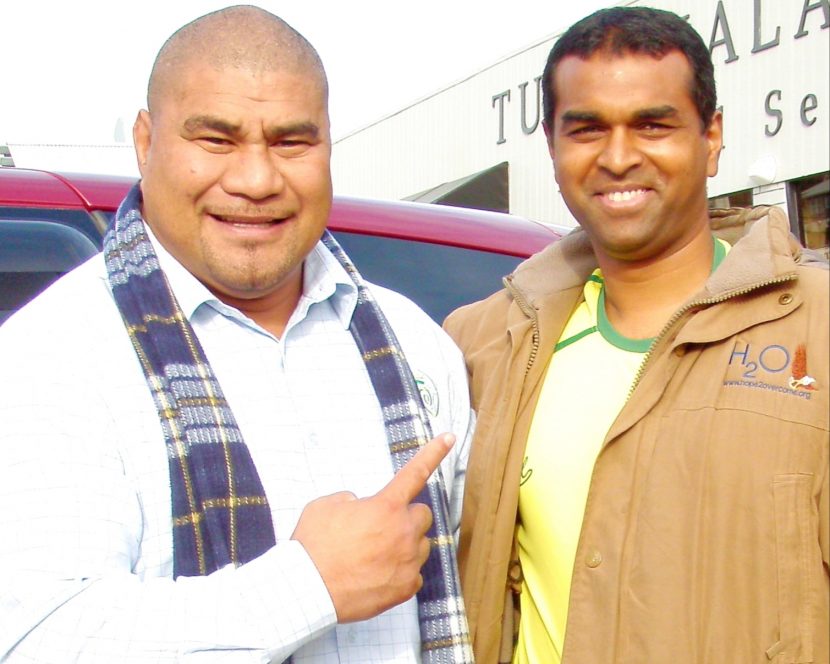 by Myan Subrayan - Vision can be defined in many ways, however to the follower of Jesus it’s about being led by God’s spirit, despite what we may feel or think. Many of us have preconceived ideas of how this vision should arrive and this could be why we miss it in the beginning. We see this in some of the heroes of our faith - specifically in the circumstances that led to them becoming such “heroes”. The vision from God arrived through circumstances that were not ideal, nor where they expecting it:

We can learn that they became heroes of the faith by staying obedient to what God required of them. For Noah it was to build the ark despite it not raining for a long period and being ridiculed. Joseph had to remain faithful to God despite the persecution he had endured. Daniel had to remain true to God and not the king. God may use what seems like “adverse” situations to lead us towards our destiny. So, as we get into 2020, never doubt that God could do the same. What we regard as “unlikely”, could actually be the vision that pushes us along to our destiny. Maybe you have been waiting on God for answers to your prayers and the answer hasn’t arrived. Don’t give up because He reminds us: He is not slack concerning His promises. For one day is like a thousand years and a thousand years like a day to God. (2 Peter 3:8-9).

This gives me hope to keep holding onto God’s promises despite what I may be experiencing - because God is always true to His Word. Here’s a funny story that highlights this:

Whilst it’s only a joke, it highlights that we need to remain patient and trust God, even in the chaos, as God can use it to give us vision. In 2000, God’s vision for me came through “chaos”. I was living in South Africa, when I was held up at gunpoint – but don’t worry I survived. I was glad that I survived, but more importantly that at the time I was a follower of Jesus and not in the religion of my birth (Hinduism). If I was still a Hindu, then I would have reasoned that this “bad” thing had happened because I had done something wrong – according to the philosophy of Karma, that teaches: Do good get good, do bad get bad!

The Bible teaches us contrarily, “All things work together for good to those that love God and are called according to His purposes” (Romans 8:28).

I trusted God that He would use this “bad” thing, for good. From what seemed like REJECTION, God gave me a DIRECTION, New Zealand – where the national sport is rugby. This is significant, considering I had grown up in Durban, South Africa, where us Indians regarded rugby as the sport of the oppressor. Back then only Europeans were allowed to play it. Therefore, I did not like rugby at all.

I decided to sell my business, put the money into the bank and live off the interest while I studied in Auckland. Just one “small” problem – the people that bought my business didn’t pay me. Hence, I started off 2001, broke - another REJECTION! In New Zealand my negative attitude towards rugby changed. Through circumstances orchestrated by God, I became friends with former All Blacks, Inga Tuigamala, Eroni Clarke and DJ Forbes. My knowledge and love for rugby went from “O-100” quickly. In 2009, Inga asked me to write his autobiography. This saw me going to England to interview his former teammates, English greats: Jonny Wilkinson, Jason Robinson, Martin “Chariots” Offiah and Rob Andrew. Inga’s book was a best seller and led to me writing books for former Springboks, Pierre Spies and Jannie de Beer. In 2012, the newly appointed Head Coach, Johan Ackermann of the Johannesburg Lions, asked me to join them as a mental coach. He had assumed the role after the previous coaches, John Mitchell and Carlos Spencer. My role was to motivate the team through that tough time, 2013, when they were relegated from Super Rugby. Using my experiences of being at a low, REJECTION, I was able to motivate the Lions that from: REJECTION, comes DIRECTION that can lead to RESURRECTION.

The Lions were promoted back into Super Rugby and made the finals in 2016, 2017 and 2018 with many of their players becoming Springboks.

God can use what may seem like REJECTION, to give us DIRECTION. I could have missed my calling (rugby) if I had not followed the DIRECTION (New Zealand) that God had given me through REJECTION (armed hold-up and failed business sale). As a follower of Jesus, know that God can take our “bad” situations and turn them around for “good”. In my life, God used what I thought was the unlikeliest avenue, rugby, to His glory! Ultimately God's vision for us is to be conformed to the image of His Son, who was taught obedience through suffering (Hebrews 5:8). Therefore, going through what may seem like sufferings, can lead to God’s completion of His vision for us.

Myan Subrayan, is a writer and speaker to churches, schools, sports teams and businesses. For more information visit www.MyanSubrayan.nz