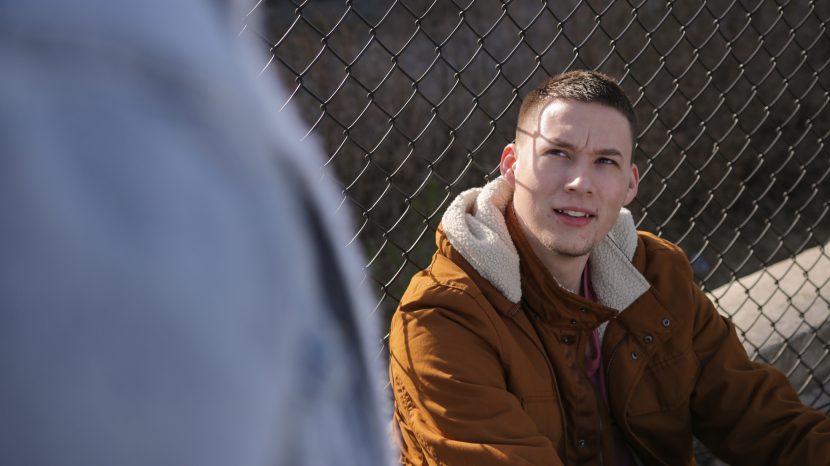 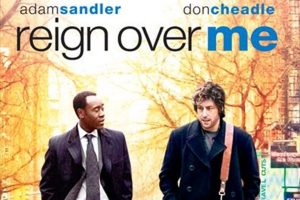 by Mick Duncan - My favourite movie of all time is without doubt, Reign Over Me. In it Charlie Fineman (Adam Sandler) has shut himself off from the outside world. The reason being, he lost his wife, their three children and the family dog in a plane crash on that terrible day of September 11. Charlie wears earphones to cancel out his and other people's thoughts. He also races around town on a foot scooter, just in case he needs to make a quick exit from someone or something. Somewhat serendipitously, whilst scooting around a corner, someone yells out Charlie's name. Charlie speeds away but the guy who yells out his name can't believe that he has just bumped into Charlie. He, Alan Johnson (Don Cheade), determines to track Charlie down. Years earlier they had been college friends, had both gone to dentist school and started practicing at the same time. And then 9/11 happened. Charlie disappeared and now years later resurfaces.

After several attempts to reconnect with Charlie, they finally sit down to a drink. Charlie and Alan are now so different from one another. Charlie is disheveled, he has let himself go. Alan is refined and tailored. Charlie has no friends and the only regulars in his life are his landlady, his lawyer and a bar owner. Alan's life is seemingly successful. He runs a successful dentist practice, is married to a wonderful woman and has two children and they live in a mansion. Charlie lives alone in an apartment. Here he hides, thrashes a drum kit, plays violent video games for hours on end and for some strange reason remodels his kitchen several times a year. Charlie is also a white guy, and Alan brown. Charlie and Alan begin to do life together. I won’t spoil the movie by telling you how it all turns out, just to ask, who ends up helping who? 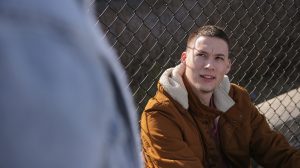 Second story. Rachel (my sister-in-law) and her family relocated to the US several years ago. Rachel is an artist but because of initial difficulties in obtaining a green card she could not sell her paintings. She found herself becoming the typical American mum, forever taxiing family members from one place to another. Then one day her world was shattered by the news from her son, that one of his friends at school had just shot and killed both his parents. Rachel felt an unusual compassion for this boy, so while he was in remand prison she wrote him a letter. A week later his one and only telephone call was to Rachel. Close to tears and in a breaking voice, he told her his family had cut him off and he was now all alone. Could she come and visit, he finally asked. For the past three years Rachel has been faithfully visiting this young man every week. During that time she attended seminars and workshops on how to ‘be there’ for those in pain. The last I heard, she was asking interested folk in her church to form a mentoring group for her friend in prison. In her existing world was a broken and vulnerable person. She stepped into his world. In her suburban reality she has found a way to sit with those who sit alone! 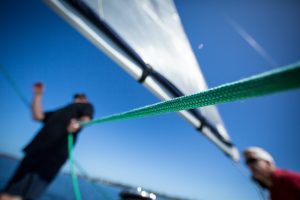 Third story. Several years ago while living in Auckland, I chanced upon the following story in the city’s major newspaper. They ran a full page spread on being there for troubled teenagers and highlighted the place coming alongside could have. Bill Grayson, a 60 plus year old was featured in this article. He took on a Maori boy who loved the water but was often in trouble at school and so. It just so happened that Bill was an ex-lifeguard and into sailing, fishing, diving and the like. So Bill puts this kid on a boat and they spend time on the water. Some months later, Bill arranges for this boy to be part of a surf rescue boat and after being a part of a real life rescue, Bill says, “the kid was floating around six inches off the sand because he had helped in a surf rescue – done something positive.”* Six weeks later the boy was a trained lifeguard and today he is an apprentice carpenter. Bill met someone in his world, got alongside the boy as an amateur. That one experience was enough to persuade Bill to do this sort of stuff full-time and to facilitate this he has started up Brothers-In-Arms (now called: Upside), picking up on the words of Jesus: “Because you did it to the least of these my brothers, you did it to me.” (Matthew 25:40).

An Alongsider finds someone in their existing world to do time and life with. You don’t have to go to another world. This is a plus given that most of us already have too much happening in our lives. So this is not about joining yet another program. Rather, it’s about getting alongside someone who is already in our life flow. It could be someone in our neighbourhood, at our work place, or in our extended family. In one of our existing worlds there is usually someone who when they sit, they sit alone. We don’t have to be an outsider and have nothing to do with them. We don’t have to be an insider, and have experienced what they have before we can get close to them. We can however, be an Alongsider where do time together for months, even years. Where we learn from each other. Where we have no agendas to change or save the person. Where we don’t even have to be friends. An Alongsider is more than a friend. An Alongsider promises to regularly have “a coffee” with the person, whether they are likeable or not.

To sit with those who sit alone is one of the best things you can do with your life. Over the course of a lifetime, who knows, you may be able to do this with a dozen or so people. With some you do it for four months and with others, 40 years. It’s also a lot of fun!

Mick Duncan is a Bible college lecturer and author of several books including Alongsiders: Sitting With Those Who Sit Alone. Mick is a popular PK speaker and has a heart for vulnerable kids needing care and protection.