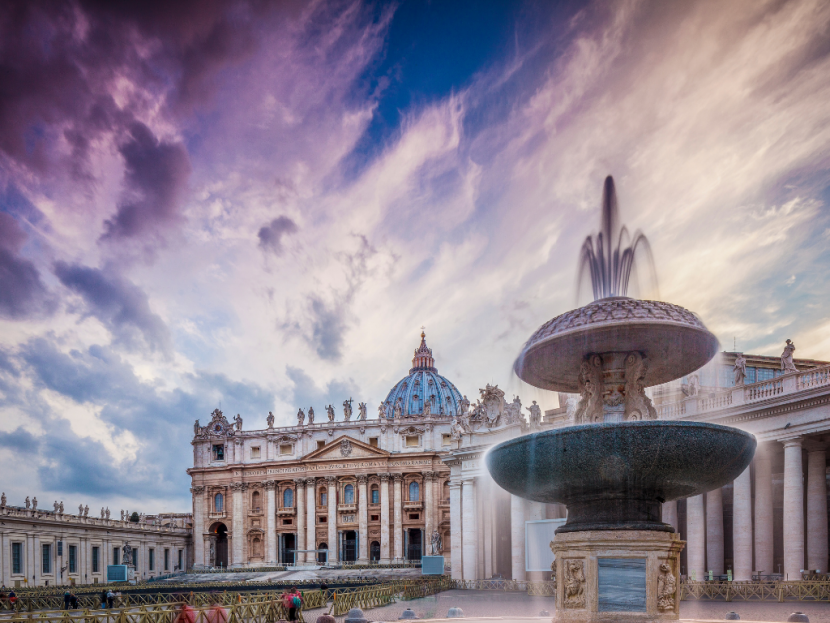 Sculptor’s Work a Reminder of Strength and Courage

Michelangelo Buonarroti is famous for many things, the roof of the Sistine Chapel, the statue of David, being the chief architect of St Peter’s Basilica in Rome. I have had the privilege of seeing all these first hand in Italy. Michelangelo was a poet, sculptor, architect, and painter. It is said by some that his best work was the statue of The Pietà, which is of Mary the Mother of Jesus cradling the crucified Jesus over her lap. It is currently located in St Peter’s Basilica where it has been for most of the last 600 plus years. Although the artist lived until he was close to ninety, he completed this work when he was just 24. He was quite a visionary!

I have a miniature of the statue in my office which I picked up when I visited the Vatican. When I look at it, it speaks to me in so many ways. As we approach Mother’s Day, I am reminded of Mary standing near the cross watching what was happening to the child she gave birth to. She had been present for the whole Easter scene, seeing the staggering Jesus carrying His cross, beaten and bloody, struggling in immense pain to fulfil His calling. As a mother it must have broken her heart to be a witness to such cruelty and violence to someone she loved. What a strong and courageous woman she was.

As I look at Mother’s Day, I am reminded of many mothers who have stood with great strength and courage for their children in so many situations. Starting with the strength to give birth, this is an amazing thing. I choose to honour my mother for the strength and courage that she showed throughout her life in many difficult situations. Now, I did not always get on with my mother, especially as a teenager and early adult, but that does not mean I can’t honour her where honour is due. The fifth commandment says, “Honour your father and your mother, that your days may be long upon the land which the Lord your God is giving you.” (Exodus 20:12.) Interestingly it is the only commandment with a promise attached to it, one of long life.

So, I encourage you to look for ways that you can honour your mother this Mother’s Day. Where has she shown courage and strength even if you didn’t appreciate it at the time?

Here is Jesus, even in the throes of death, ensuring the wellbeing of His mother. The other key factor is that John, (the disciple referred to in these verses,) accepts the role. We have been instructed to look after the widows and the orphans. Jesus and John modelled this behaviour.

We have my widowed Mother-in-Law living with us and have done for several years. These situations are not without tensions, but my experience tells me that nothing about following Jesus is without tensions and challenges. This is not about how you feel, it is about choosing to honour. So how can you honour and serve your Mother, Mother-in-Law, or a widow in your neighbourhood? Not just on Mother’s Day but going forward. Are you up for the challenge as a follower of Christ?