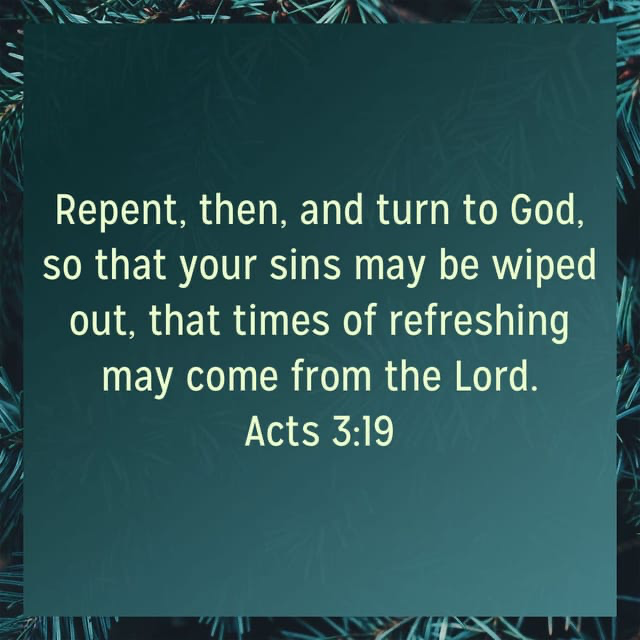 Repent, then, and turn to God, so that your sins may be wiped out, that times of refreshing may come from the Lord. Acts 3:19

Merriam-Webster online dictionary explains that the word recharge means “to become charged again: to refill with an electric charge.” The need for recharging implies that, at one point, it had a full electrical charge but is now needing to be charged again.

My wife and I have four kids, which means we own a minivan. Last year I noticed it was having battery problems and, through a series of tests, I determined there was a parasitic drain on the battery. There was energy being drawn from the battery after the vehicle was turned off. I would wake up every morning to find the battery dead, as it had slowly been drained throughout the night. It was quite a process to determine which fuse was causing the drain and, as luck would have it, as I checked the last one, I discovered the trailer hitch fuse right off the battery had become corroded and created the wrong connection, which led to the parasitic draw.

Recharging is good, but so is identifying what’s causing the drain. This short verse today reminds us that sin is a draw on our soul. Repenting (turning away) from sin keeps the right connection with God strong while keeping the wrong connections – those that draw on our soul – from happening.

I know this battery metaphor falls a little short, but the point is that leaving the sin in your life unconfessed and unrepented drains you. The enemy connects us to guilt and shame.

Today, will you come to the Lord again? Don’t just confess your sin, knowing you will be forgiven, but also think of a way to turn away from that sin. Ask for some accountability from a friend. Cut off access to that sin. Do whatever you need to do to steer clear from that sin and stay fully charged with the power and presence of God!

Application: Do you have sin in your life you need to get rid of? If so what is it and what are you going to do about it?