The La Vida Centre resonated with powerful worship for men before we were treated to a fantastic line-up of speakers. Wayne Poutoa kept it real with his testimony, before Iliafi Esera talked about the father heart of God. Richard Brunton gave an introduction to the father’s blessing which became one of the most impacting elements of the Event.

Saturday dawned a beautiful day. Tony McKeown was really popular talking about life purpose. Aaron Ironside was another speaker whose topic gripped men as he spoke on renewing the mind. After lunch we launched the new Electives initiative with a wide variety of topics to interest everybody. Wes Chambers gave some great advice on how to spice up your marriage! Seth Fawcet wrapped up the Event by talking about your influence.

As the men left for home, they took with them insights into many topics that can bring hope and change, and a plan to move forward!

Bob said, "Probably the best Event I have attended… The speakers were first class, the theme was inspired and the whole conference flowed. The big difference was the Electives. Genius! Give the guys a choice, they can select 5 Electives on subjects that matter to them and they can participate. It just made the afternoon sessions… captivating, engaging and vibrant. We came away pleased that we had come, re-invigorated and refreshed."

Mike's highlight: "Attending with my teenage son so we can bond as men and I can re-learn how to be a positive influence in his life. This is my second PK. Last night for the first time in 30 years I started to read the Bible."

Shane commented, "I have been coming to Promise Keepers for several years now and have over that time gone from a lukewarm Christian to an on-fire Christian. PK has impacted on my relationships with my wife, daughter, wider family and friends. It's been a key part of my transformation… I believe PK has been a key element in getting out of the wilderness to a blessed life with Christ." 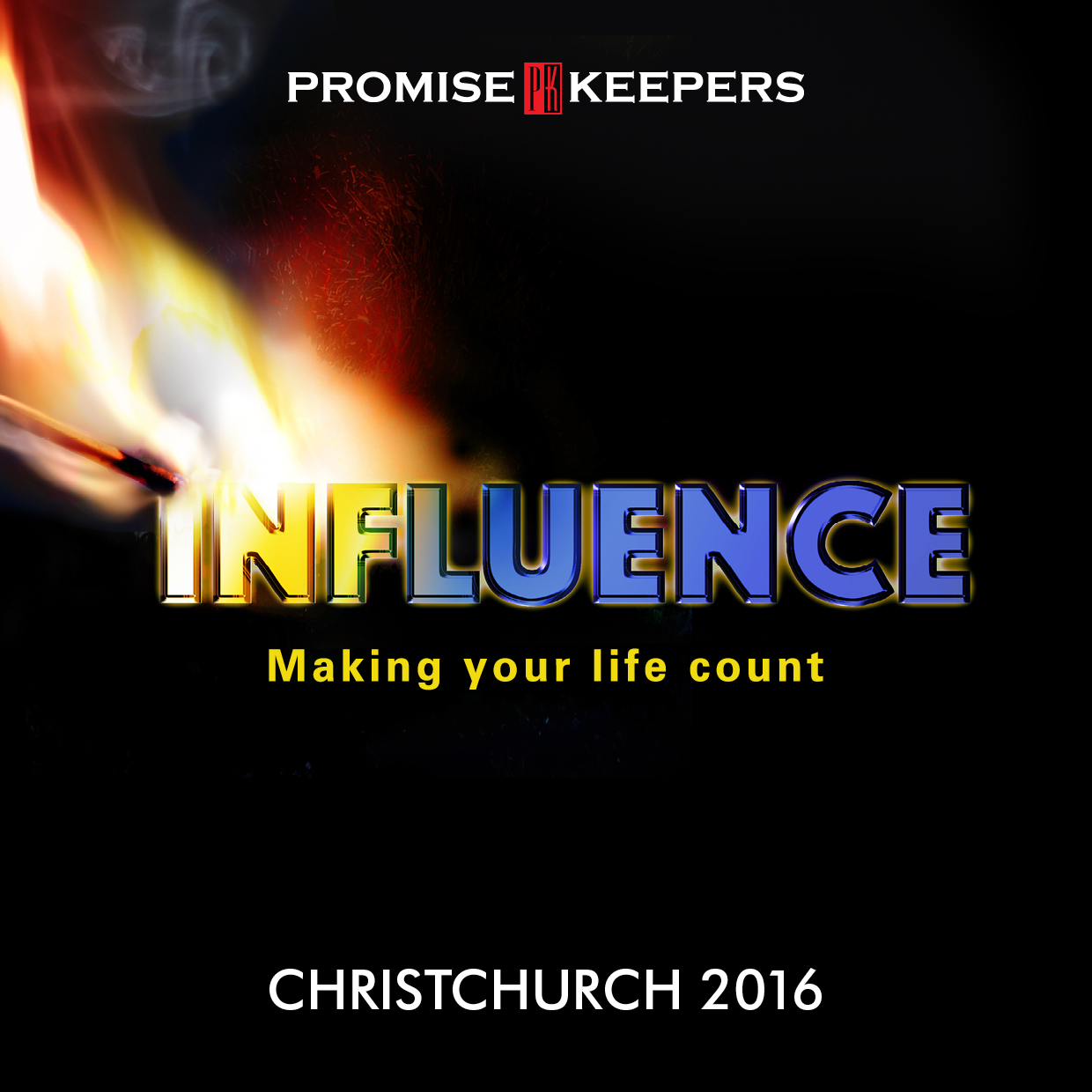 << Influence Christchurch had many memorable moments when men connected powerfully with God. This album contains over 30 speakers and segments including main sessions and all the Electives. Give your travel or exercise time some real punch as God reveals more for you!

<< Relive the best moments from Influence Christchurch or catch up on what you missed! Enjoy powerful messages from this year's outstanding speaking team. Great value!

Mark said, "PK is a time of personal challenge and reflection. It allows me to do a spiritual stocktake and see where I've come from and where I'm heading…  I have been challenged about my life and how I live it."