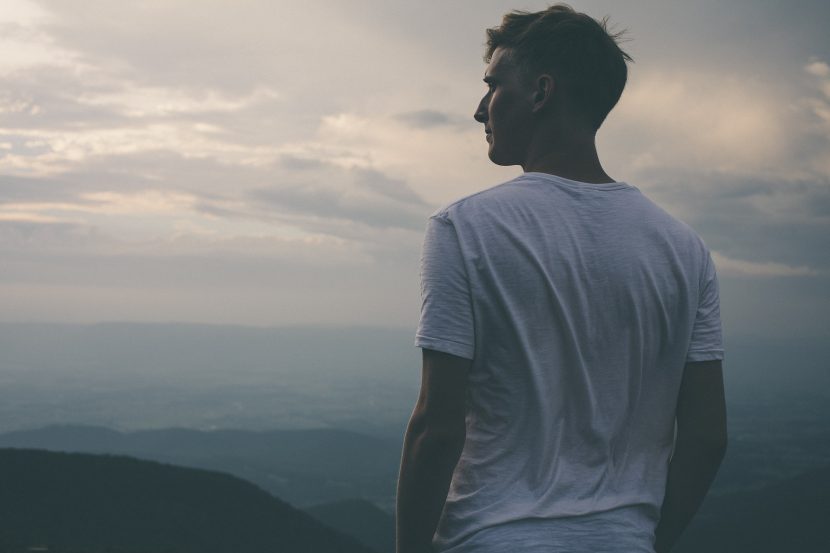 What is a spiritual storm?

A spiritual storm comprises conditions, situations and experiences that place us under such physical, emotional and / or spiritual pressure that we find it hard to function.

Spiritual storms do not happen all the time, but there are times in our lives when circumstances arise with such ferocious intensity that we do indeed find it hard to function. The current Covid-19 global crisis is such a storm. However, these storms accomplish certain things in our lives. If we learn to recognise the type of storm we can respond appropriately and benefit from it.

There are three types of spiritual storms:

Luke 8:22-24 (NLT): “One day Jesus said to his disciples, ‘Let's cross over to the other side of the lake.’ So they got into a boat and started out. On the way across, Jesus lay down for a nap, and while he was sleeping the wind began to rise. A fierce storm developed that threatened to swamp them, and they were in real danger. The disciples woke him up, shouting, ‘Master, Master, we're going to drown!’ So Jesus rebuked the wind and the raging waves. The storm stopped and all was calm!"

Now Jesus walked intimately with His Father and if Father God had sent that storm Jesus would not have resisted it. The fact that Jesus rebuked it means that He knew it was demonic in origin. The devil thought that if he could drown Jesus and the disciples then he would remove their threat to his rule.

At times demonic powers cause a storm to blow. For example, we are human and thus susceptible to temptations to sin every day. That is just the normal part of battling the fallen nature and allowing the Christ nature to emerge within us. But, at times there are sudden overpowering temptations. These may be demonic in origin and need to be resisted. Or there may be demonic attacks upon our minds and emotions so that a small pain or niggle in our body somewhere is inflamed into “I wonder if this is a serious illness.”

Those things have to be resisted. James 4:7 (NIV) says, “Submit yourselves then to God, resist the devil and he will flee from you”.

Soon after marrying my first wife Jane, I noticed that she suffered from migraines that came every six weeks or so. One day, in the middle of a new bout, I could not bear to see my wife suffer any longer. Therefore, I refused to accept it – in fact, I became angry. My wife lay ill in the bedroom, while I prayed in an adjacent room. Jesus sometimes healed the sick by rebuking the evil spirit behind the illness, so, calling on the name of Jesus, I commanded the spirit causing the migraine to go and asked God to set my wife free. Not every migraine is demonic in origin, but I believed this one was.

After I prayed for a while, I asked Jane how she was. No change. I repeated this pattern four or five times. Still no change. Once more I prayed; once more I asked how she felt. “The pain is gone!” she replied. The pain and nausea had left instantly, and she never had another migraine again. I sometimes wonder what would have happened if I had given up too soon. 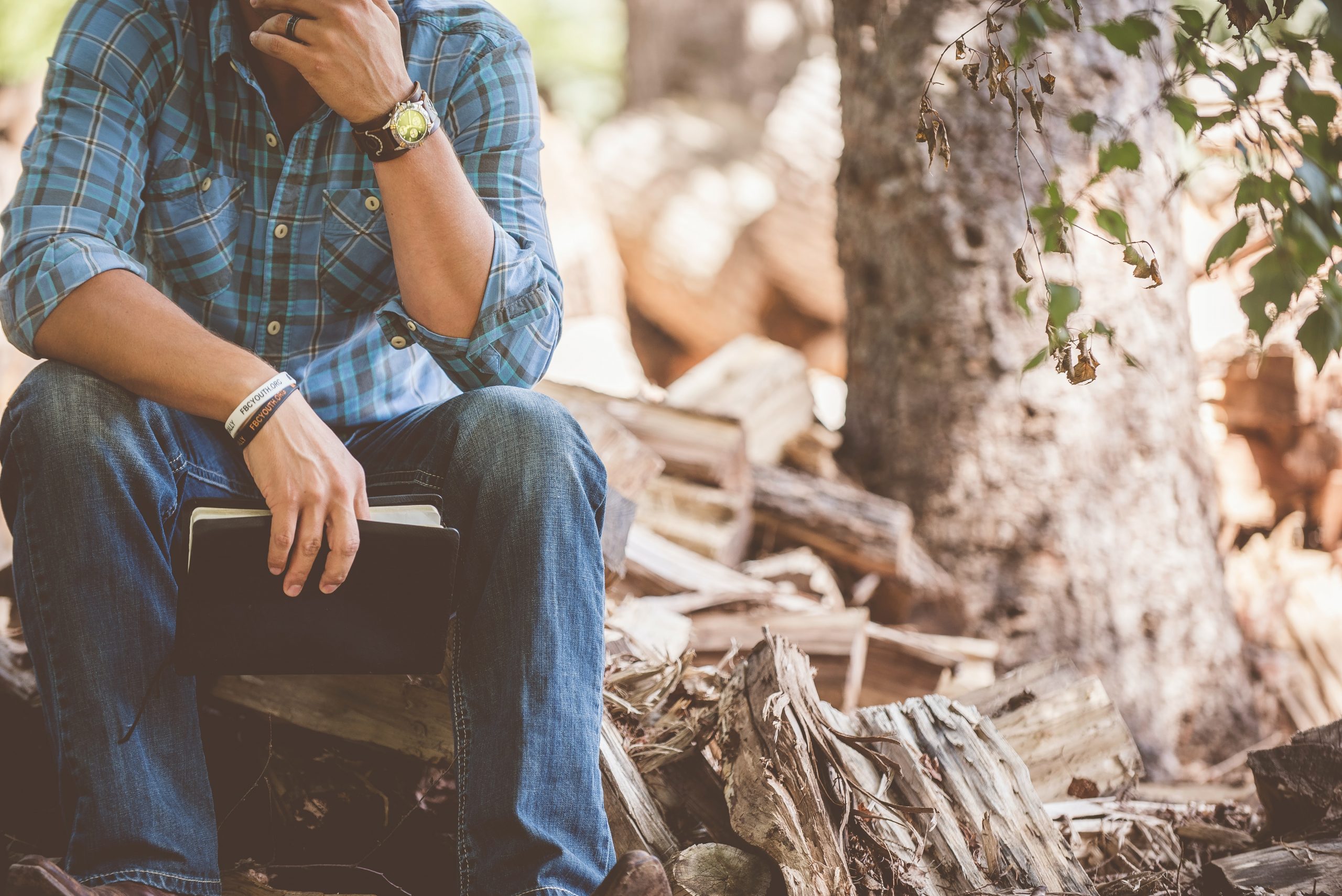 Often our tendency when a spiritual storm comes is to rebuke it straight away. It’s like an innate reaction. That is not a wrong response because we ought to have fight in us. But we also need wisdom. If we resist and nothing happens, it may well be a storm to seek shelter from. It is a time to hide. God requires us to stop fighting, calm down, and be at rest. It is a time to enjoy intimacy with God and feel His arm around you saying, “It’s okay, I’m going to walk you through this and deal with it.”

For example, negative global economic conditions can be a storm to seek shelter in and trust God for provision. Terrorism is another example of a storm schemed by men and fanned by a demonic spirit. There is an element that has to be resisted, but mostly it is a time to hide in God’s protective care. Know that the Lord will fight for you; the Lord will protect you, be still and know that He is God.

The death of loved one is definitely a storm to seek shelter from. When my first wife Jane passed away after battling multiple sclerosis for thirty years and being confined to a wheelchair for over two decades, it was a severe and dark storm of the soul. I couldn’t resist it. I had to hide in God, rest in Him, and receive His love. Gradually He healed my grieving heart, gave me fresh hope, and at the right time brought my new wife Greta – herself widowed shortly after me – into my life.

It is as the psalmist says in Psalm 57:1 (NLT): “Have mercy on me, O God, have mercy! I look to you for protection. I will hide beneath the shadow of your wings until this violent storm is past.”

Lesson: STORMS TO SEEK SHELTER FROM TEACH US TO TRUST GOD.

The book of Acts records that as the apostle Paul sailed to Rome to stand trial before Caesar, his ship became caught in a hurricane-force storm on the Mediterranean Sea. Adrift for at least two weeks, the boat was continuously lashed by violent waves and fierce winds and the 275 persons aboard gave up all hope of rescue. Acts 27:18-26 (NLT) records, “The next day, as gale-force winds continued to batter the ship, the crew began throwing the cargo overboard. The following day they even threw out the ship's equipment and anything else they could lay their hands on. The terrible storm raged unabated for many days, blotting out the sun and the stars, until at last all hope was gone.

Finally, Paul called the crew together and said…‘Take courage! None of you will lose your lives, even though the ship will go down. For last night an angel of the God to whom I belong and whom I serve stood beside me, and he said, ‘Don’t be afraid Paul, for you will surely stand trial before Caesar! What’s more, God in his goodness has granted safety to everyone sailing with you’. So take courage! For I believe God. It will be just as he said. But we will be shipwrecked on an island.’”

The angel’s message was not exactly encouraging: the ship would go down, Paul would stand trial before Caesar, and they would be shipwrecked. But the heavenly messenger also promised that God in His goodness would spare all their lives. God in His goodness? They were in a ferocious storm! Men and angels see things very differently.

Now I am sure that the apostle Paul would have heard the story about Jesus rebuking the storm on the Sea of Galilee. Perhaps he even tried to do the same, but it continued unabated. This was not a storm to rebuke or shelter from. It was a storm to endure. The only thing we can do in such a storm is to go through it and persevere. However long it lasts we have to endure. Like Paul, we must believe the word from heaven and say, “Take courage it will turn out exactly as God has said.”

They were in the storm for two weeks. Sometimes, we may be in a storm not merely for weeks but for months, years and even decades. Great character can be developed in this third type of storm. It is a mistake to think that Christian maturity means winning every battle. Failure, disappointment, adversity, and loss are all storms we must endure and over time God will work them for good as we endure in faith.

When you are in a storm to endure it looks like the devil has won. It looks like sickness, depression, financial reversal, relational strain and so on have won. In such storms, the cry of the prophet Micah needs to become our bold declaration: “Do not gloat over me, my enemy! Though I have fallen, I will rise. Though I sit in darkness, the LORD will be my light.” (Micah 7:8 NIV)

Storms to seek shelter from teach us to trust God

Storms to endure change our character

Some circumstances may be a combination of all three storms and after resisting the enemy, and entrusting ourselves to God, we may need to endure until the answer comes and the storm passes. If we trust Him God will use each storm to mature and equip us. The current Covid-19 global crisis is this type of storm. We need to pray, resist, hide, and endure until it passes. 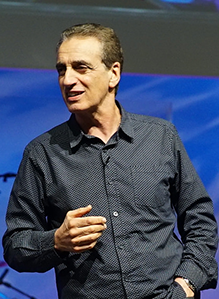 David Peters has spoken at PK Events and is a founder of SpiritLife Ministries. Together with his wife Greta, they have a dynamic ministry inspiring people to have unwavering hope despite life’s trials and equipping them to operate in the power of the Holy Spirit in daily life.

Survive and thrive in life! Sign up to PK emails that will empower and encourage you.