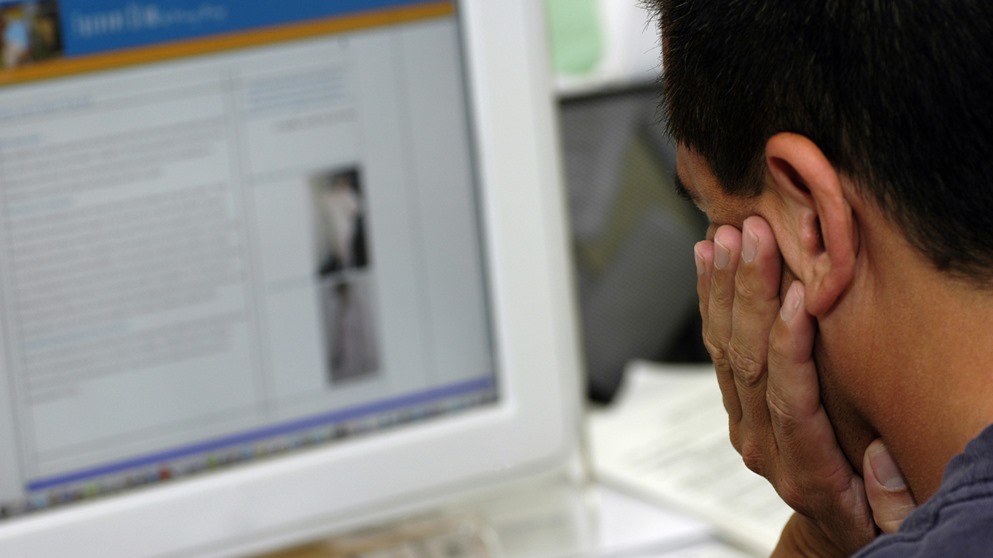 Oh, my job keeps getting easier
As time keeps slippin' away
I can imitate the brightest light
And make the night look just like day
I put some truth in every lie
To tickle itchin' ears
You know, I'm drawing people just like flies
'Cause they like what they hear
I'm gaining power by the hour
They're falling by the score
You know it's getting very simple now
Since no one believes in me anymore!
- Keith Green

I was thinking about the internet and this song came to mind. Written in the late 1970s, it covers our present situation pretty well. We have a generation without absolutes, so there is no black and white, just varying shades of grey. The internet is such a place where good and evil are occupying the same space. In the days of political correctness things are not always called as they are. They are sanitised so they become more palatable - much as the song says, “I put some truth in every lie, to tickle itchin' ears”.

The internet itself is just “a global computer network providing a variety of information and communication facilities, consisting of interconnected networks using standardised communication protocols”.

So in itself the internet is neither good nor evil; it is a means of communication, a place where content is distributed. It is the content that poses the difficulty. On the internet we can have material that ranges from being totally uplifting and God-centred to totally debauched lies from the pit of Hell.

Therein lies the battleground for ourselves, our society and most importantly, our children, in the 21st century. The battleground is so obvious, but so underestimated. What are we prepared to partake in, read, watch and comment on? We seem to be drawn down a vortex by political correctness and titillation. We end up in places we don’t want to be, and we are not quite sure how we got there!

As I have said, the internet is just a vehicle. What we view is up to us and in the end will be a reflection of what we value. Do revenge, gossip and slander fit with our personal values? Yet we often end up taking part or viewing such activity without thinking. The answer is to actually stop and look at what we are doing and say to ourselves “Is this right? Is it uplifting to God?” Many of us end up involved in those very things that if we were asked about at any other time we would say are wrong. In other situations we may never venture into the area of gossip and slander, but online it is too easy, a mouse-click away. Even though it is clearly labelled sin in the Bible we don’t stop to think when it comes to being online. One of the main reasons may be that we do most things at speed online, therefore we make snap judgements or use no judgement.

It has been said that the first battleground is the mind. However I believe that the internet is so dangerous because we don’t consciously acknowledge that it is a battleground and treat it as such. We must decide on our values and what we will and won’t accept before going on the internet, and not just wing it! Regretting our thoughtless actions afterwards is too late, the damage is done. If we don’t want to be believing the lies, as the song says, we need to bring our mind to the battle first - then enter the action, knowing the internet is a place we will undoubtedly encounter “the enemy of our soul”, and treat it accordingly.

The enemy is alive and well and you are a target in the battle. Think before you click!

One thought on “No One Believes in Me Anymore”