The next online event is Saturday 15 October, 7:30am-9am livestreamed to you, to your group, wherever you are with guest speaker Ants Puki who is sharing on Living Your Best Life! Register to receive the link to watch it live or at a time convenient to you.

Ants (Anthony) is an inspiring man of faith. He works in the prisons, where he leads a team of people. He’s an elder at his local church and leads a men’s group. He and his wife have three daughters. Ants also serves on the PK Board.

Ants says, “I know what God’s plan is in my life, I walk alongside men. I listen, show grace and favour. I want to bring hope into men’s lives where there is none. I want to be a positive influence on those who come across my path.”

Positive influences in Ants’ life were his parents and his praying Nana.

Ants says, “The most significant people in my life were my Mum and Dad, they gave me the legacy of who I am. With my Dad, the words “I love you,” were the norm. But that’s not so in society and that’s foreign in the business I work in.”

The words we speak over people have power. Many people have had negative words spoken over them. Ants tells of a teacher who told him that he was useless. But Ants had a foundation of love, so he pushed past those negative words and got his trade as a woodwork joiner. Today he often uses those carpentry skills to install kitchens and teach others.

Ants says, “I’m a Māori. I’m living a good life. I know what love and grace look like. I’m being a fantastic Dad. But there’s a generation without fathers, they don’t know what love is.”

“In the prisons we’ve had church groups though over the years. But due to Covid we’ve had no visits for two years. They have not seen their family. They can’t see their kids.”

Ants is involved in a trade school, where he says the training is both practical and theory learning. When one man told Ants that he liked the practical but not the theory, Ants explained that learning is like breathing in and out. You need both to live. He encouraged the man that learning both would help his legacy. When the man couldn’t grasp what his legacy would be. Ants said that legacy was seeing you becoming the teacher and helping others.

For Ants, legacy is significant and it’s a very important value in his life. His hope is to see people living their best life and for this to impact their family.

Invite your friends over for breakfast on Saturday 15 October to watch this event together.

Register Now to receive the link to watch it live, or later at a day and time that suits you. 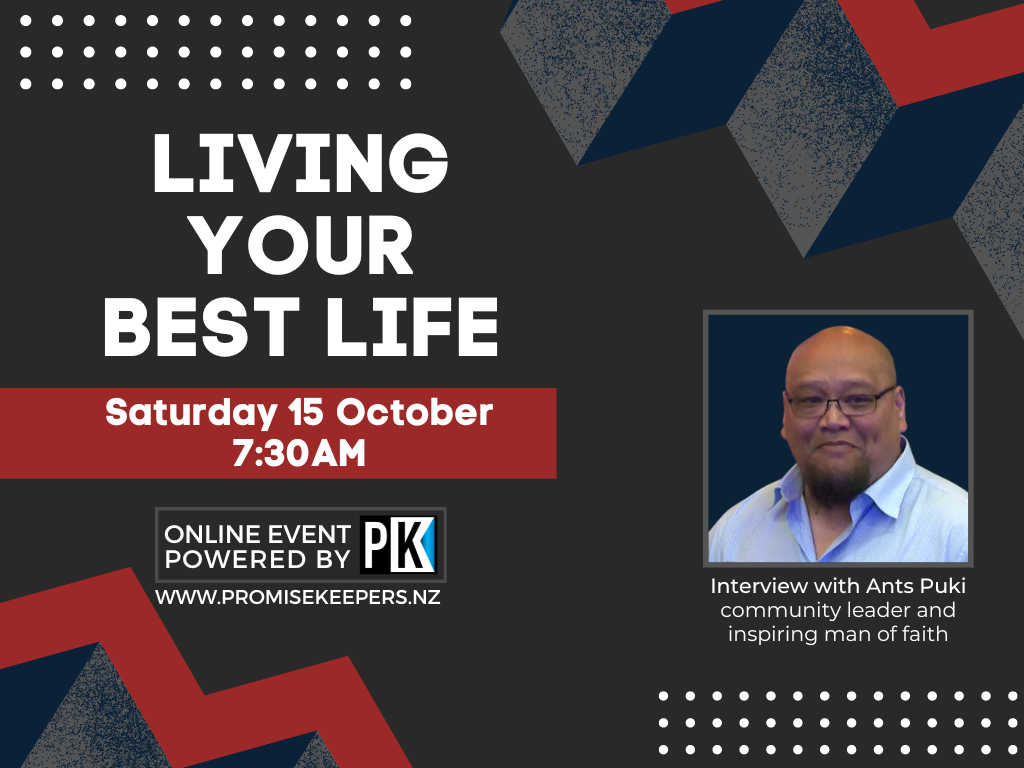 Program to Watch the Livestream Event

This Livestream Breakfast Event is brought to you without charge by Promise Keepers. If you would like to support PKNZ and assist with funding this, your donation would be appreciated. This Event costs approximately $4,000 to run. You can make a donation while registering for your ticket, or find general donation information [here]

A common request Promise Keepers receives is “who can we get to speak at our men’s event?” For small or remote groups especially, the costs can be prohibitive.

To help churches, PK has organised some fantastic speakers for this coming year who can be accessed from anywhere via Livestream.

Your church can now have a top quality speaker at your men’s breakfast! You can ask questions at the live Q&A at the end of the message. And it’s all free! 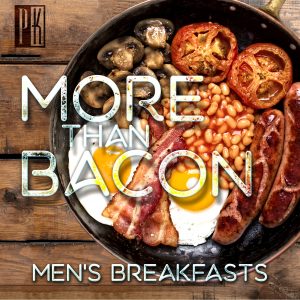 "As a pastor these events are so easy to organise and we know they are going to have great content. Really appreciate the work PK puts in to make these happen."  - Anon

Men's Online Event - How you can be involved

• Please contact us so we can offer one-on-one planning assistance.

• Organise your men to meet for a breakfast or an evening. Never done a this before? Here are some guidelines

Making the most of your Men's Online Event

To get maximum benefit and momentum from this world-class Men’s Event, all you need to do is to be focussed on the outcomes you want and the steps to achieve these. It can be surprisingly simple.

Find out how to define your goals and take the action steps required to meet these goals. Plus! How to Organise a Breakfast or similar Event. [Find out more] 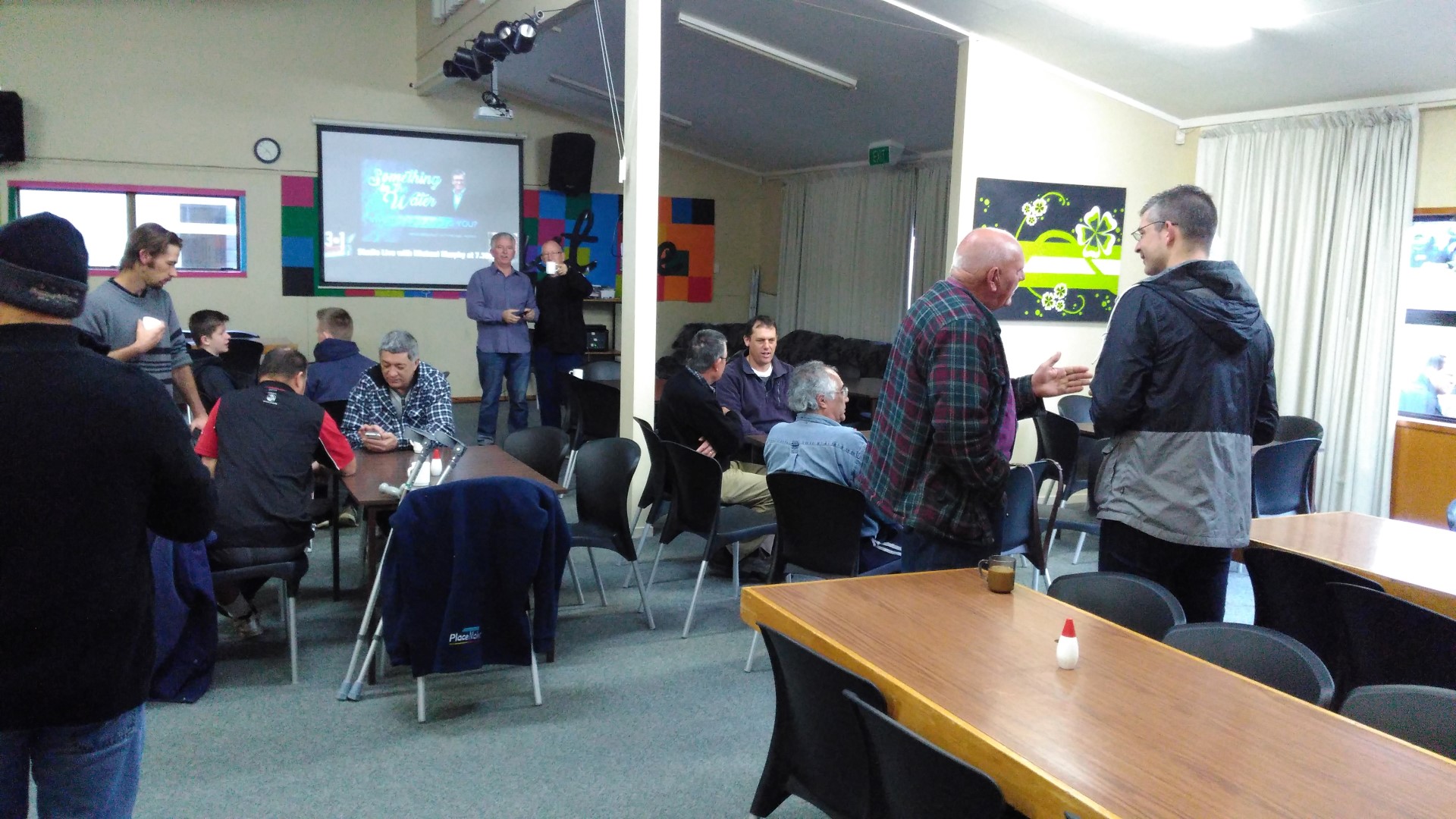 • Download the backup video to your local computer. Be prepared to use this as a backup if there are any internet or Livestream issues with the live message.

• Have a techie on hand during the event to troubleshoot.

• Set up a laptop with an internet connection. [Find out more]

These previously recorded messages are a resource that you can use at your future men's events...

Luka Robertson - The Father-Heart of God

Geoff Wiklund - How to Live a Life of Purpose

Len Buttner - How to Live a Vibrant Christian Life

Mick Duncan - Where is God when the Going Gets Tough?

Aaron Ironside - Living on the Edge: From surviving to thriving

Michael Murphy - Something in the Water: What's influencing you?

David Murrow - The Map to Manhood