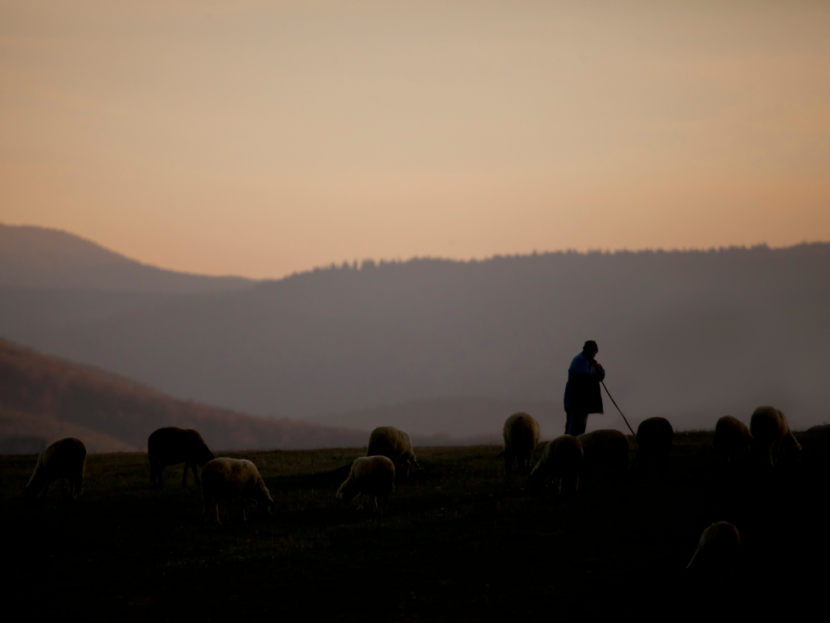 Of King David’s life it is written: “And David shepherded them with integrity of heart; with skilful hands he led them.” Psalm 78:72

There were three seasons of David’s life. Within this there was a pattern. So, what can we learn?

David was chosen, even though he was considered as the runt of the litter in human terms. He was tending sheep. (By the way, David was possibly a title. Elhanan may have been his real name.)

God chose according to the heart. The heart was the big issue. God told Samuel that he’d replaced Saul with a man after His own heart.

David was a Psalmist. He wrote this in Psalm 23:1-3. “The Lord is my shepherd, I lack nothing. He makes me lie down in green pastures, he leads me beside quiet waters, he refreshes my soul. He guides me along the right paths for his name’s sake.”

David’s first success was fighting Goliath. David refused armour. He used a stone and sling. David said, “All those gathered here will know that it is not by sword or spear that the Lord saves; for the battle is the Lord’s, and he will give all of you into our hands.” (1 Samuel 17:47.) David was aware of God's ability to give victory. He had already killed a lion and a bear.

How can we manage success?

David's success makes Saul insecure, and Saul hunts him. David escapes to the cave of Adullam. (1 Samuel 22.) It was harsh country. David spent seven years camping in mountains looking over his shoulder. David at last had to seek refuge from a Philistine General and became a mercenary soldier for him. We all have a wilderness time, and it can drive you towards or away from God.

In Psalm 57 we read that David seeks refuge in God and seeks not revenge. David refuses to kill Saul when Saul enters the cave David was in. (1 Samuel 24.)

God is with us in the wilderness even if it doesn't feel that this is the case.

How can we manage being misunderstood, harassed, picked on unfairly?

David has been a King for a while. Then he falls into sin. With Bathsheba he commits adultery and has her husband Uriah killed. God exposes the sin of murder and adultery. David has to repent but interestingly, he does genuinely repent. (Psalm 51.)

We can drift in life when things are going well.

Bad choices cannot be glossed over, forgiveness was available for David, but there were consequences as well. God refuses to revoke consequence and we have Absalom's rebellion. (2 Samuel 15.) However, even as David’s family falls apart, he maintains that heart to seek God above all.

In highs, lows, and bad decisions, we face similar chaos even as believers. When it’s our fault, forgiveness is available. God requires and wants our hearts. It’s important to keep that heart attitude towards God.

How can we learn to handle failure?

How is our heart? What is our season? Success, struggle, or darkness? The heart that God seeks is a heart that seeks God in every season of life.

Have we blown it? Maybe we need forgiveness?