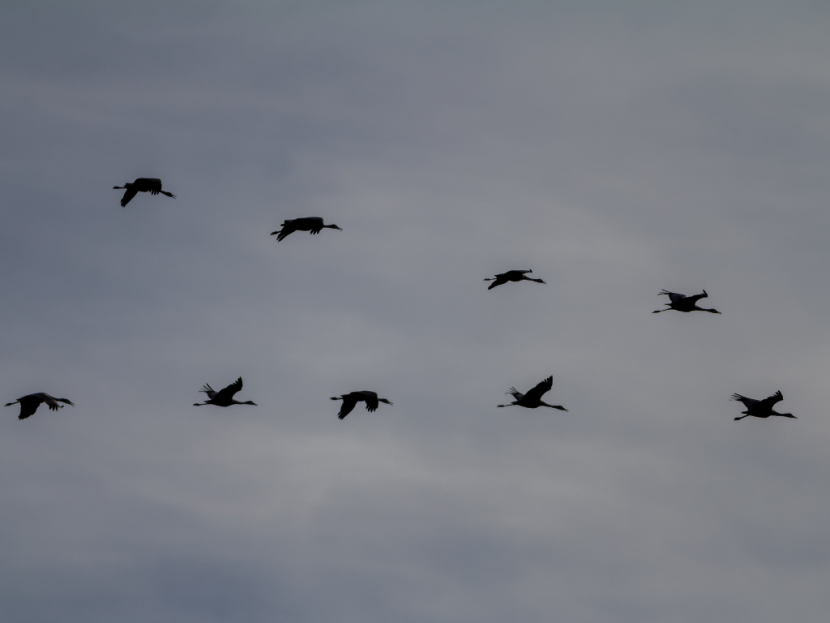 Sandhill Cranes, ducks and geese are birds that have one major thing in common they tend to migrate over long distances. They also understand that to do this they can’t do it alone. In fact, they don’t usually travel in numbers less than three and that is for a special reason which I will explain soon.

These birds can fly amazing distances. You may remember when Disney produced three movies about “The Mighty Ducks” that started with a Peewee ice hockey team. My son was a fervent fan and I don’t know how many times I sat through the films when he was a child. In the movie the team were famous for a move called the “Flying V”. I only comment on this because geese fly in a V formation which is an incredibly powerful technique, giving the flock a range 71% further than a bird flying alone. So, if a goose starts to fall out of formation it starts to feel the drag increasing and re-joins as quickly as possible.

However, if a goose is hurt, sick or shot, two other birds will drop out of formation and stay with it until it is well enough to fly again or dies. Then they will carry on with another formation. It is interesting that the geese practice shared leadership. The leadership rotates as the lead bird tires and drops back in the formation and a new lead bird comes to the front of the V. In this case the lead bird must be able to cope with the air turbulence that is not as prevalent further back. The birds within the formation gain lift from the bird in front, meaning it takes less effort to fly. In motor-racing terms it is called drafting.

These birds probably know a thing or two as they spend their time honking in support and encouragement of the leading bird who is taking the brunt of the wind. The honking lifts the spirits of all in the flock as they travel these enormous distances.

So, what can we learn as men from this?

I would hope as Christians we could be the best “honkers” in the world. Start by choosing some people you can encourage and make it habit. I know I try to be positive and encouraging. I think it helps me as much as it does those I encourage!

Who can you encourage and how do you think you can do it?

Be creative, what do you know about that person?