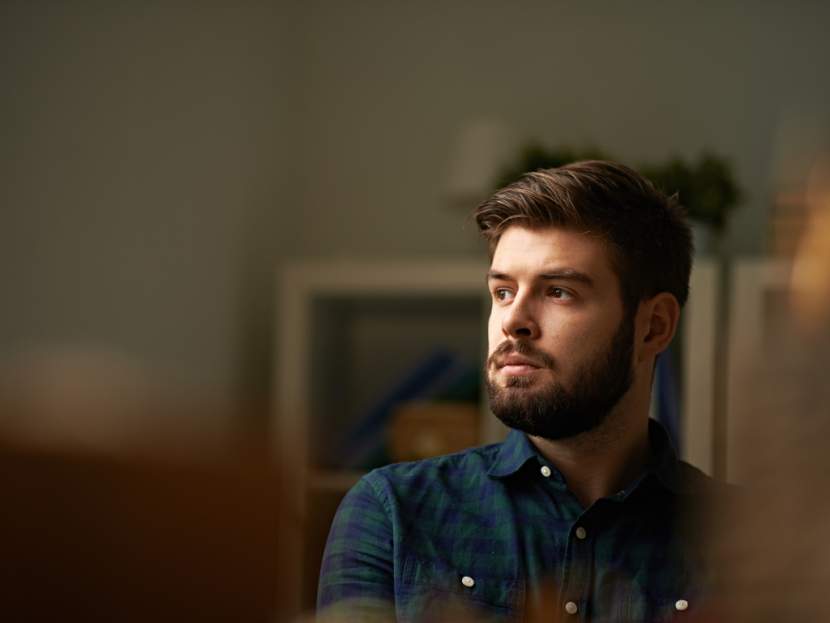 You may have heard the saying “it’s all in your head”. People sometimes make this comment when you are not doing so well but others think you are okay. In these tough times some of us feel that we aren’t coping or doing well. It is a stressful time. So is it true that it’s all in my head? Well to a certain extent it is true, however not necessarily how you expect.

In John 1:19-23, John the Baptist was asked to identify himself.

19 Now this was John’s testimony when the Jewish leaders in Jerusalem sent priests and Levites to ask him who he was. 20 He did not fail to confess, but confessed freely, “I am not the Messiah.”

“Are you the Prophet?”

22 Finally they said, “Who are you? Give us an answer to take back to those who sent us. What do you say about yourself?”

23 John replied in the words of Isaiah the prophet, “I am the voice of one calling in the wilderness, ‘Make straight the way for the Lord.’”

Unfortunately much of our self-talk can be negative. My wife, a psychologist, uses the term, “Radio Doom and Gloom.” This is because for some of us it is like a looped recording playing the same negative thoughts about yourself in your head over and over. These negative thoughts can include… “You’re no good” or “You’re a failure.” “What a deadbeat you are.” “Who do you think you are… you can’t do that!” “There you go, stuffed it up again. What a loser!”

Regrettably some of us have got to the stage where we don’t even notice this “self-talk”. It’s just part of what happens in our head. It is time to pay attention and next time we catch ourselves saying this sort of stuff, acknowledge it is there and ignore it! Don’t get into a big discussion in your head. Imagine it is a cloud and let it float on by. Then do the opposite; if it is telling you, you can’t do something, then step out and try. This could be called, “acting in the opposite spirit”.

You can’t expect to win the self-talk battle every time. But if you stick at it, you will begin to change. In the end it comes back to who do we chose to believe? Our negative self-talk or worse the devil? Or the Word of the Lord that says, “I am fearfully and wonderfully made” (Psalm 139:14).

I came across a list called, “Who I am in Christ” with around 120 scriptures that define who you are in Jesus Christ. I have found a similar list online for you [here]. Who will you choose to believe, the Word of God? Or the negative voice in your head?

The following quote may also encourage you to step out and push past the negative voice in your head. “When we no longer are able to change the situation, we are challenged to change ourselves.” – Viktor Frankl. Viktor Emil Frankl (26 March 1905 - 2 September 1997), was an Austrian neurologist and psychiatrist, and a Holocaust survivor, of Theresienstadt, Auschwitz, Kaufering and Türkheim during WW2. Despite Viktor’s dire situation, he found a way to change his outlook.

Let’s observe our self-talk and filter it through the Word of God.

Discussion Question: So, who do YOU say you are?