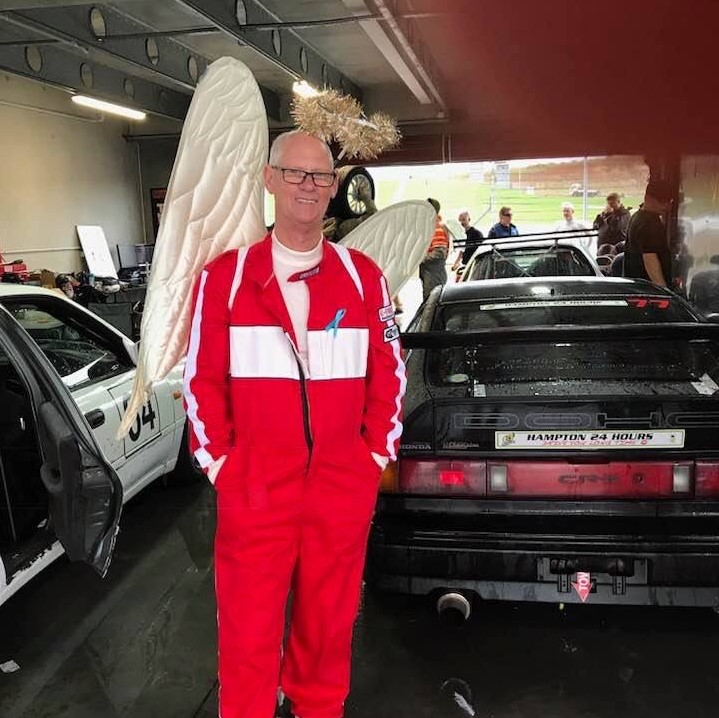 Photo caption: Paul Monahan prepares to get on the race track as one of the angels in the Motor Racing Men’s Group

When things don’t end up the way you plan or expect that doesn’t always have to be a negative. I was talking to a friend who planned a men’s group around the 24 Hours of Lemons Motor Racing season a few years ago. He expected the men’s group to last around eight months, but the men and God obviously had different ideas as it is still running today. Another example of this is five years ago we set up an experiment for a month to see whether we could run a successful men’s group online. This group is still running today with 90% of the initial core group still participating.

It was from this group that today’s initial thoughts come from; one of the members asked this simple question who inspires you?

The dictionary meaning of inspiration as noun is: The process of being mentally stimulated to do or feel something, especially to do something creative. A sudden brilliant or timely idea.

As a Christian I personally think that there is some connotation of the Holy Spirit being involved in the process. That He as Spirit will speak to your spirit. Nevertheless the question is valid especially in this time of year of New Year’s resolutions when we are often looking to make decisions. Who does inspire you? More poignantly, why do they inspire and where is God in all this?

For me one of the characteristics of a Christian inspirational process is that it will have depth, width and longevity. In my experience it is a deeply meaningful experience that lasts and drives us forward with hope and vision. I guess I say this because Hollywood spends an inordinate amount of money telling stories of people and situations that are supposed to inspire us to push forward. The problem for me is that this is a third hand experience of someone else and their process of inspiration and journey. I have been drawn in on occasions but for me it hasn’t lasted.

For myself I look back to 1994 and one of PK USA founders Coach Bill McCartney when he said these simple words, “Men you have been in a war but have not been at war….” (You can see a 45 second clip of this speech in the video [here].) In itself this might have meant nothing to me unless you couple it with others that inspire me such as Winston Churchill. Link that with David and Joshua from the Bible; men who understood what it meant to contest for the truth, standing for God’s purposes against evil. Combined with prophetic words and scriptures that have been given to me, it all began to make sense. I started to understand my identity, my purpose, why I am the way I am.

That is why I chose to step into the leadership of PK going forward into the 2020’s because I understand that as Christian men we, as Winston Churchill explained, are in the fight of our lives defending our Christian way of life against evil. Maybe again those immortal words of Churchill will be spoken that say, “Never in the field of human conflict has so much been owed by many to so few.”

Can I challenge you to look back to look forward? This is often a good time of year for reflection. Who in your life has inspired you with what they did or said? What did this mean to you? What other pieces of information do you have? Consider your gifts, the scriptures and personal prophecy that you may have received. Is there a bigger picture you have been missing?

Maybe God is tapping you on the shoulder in a way you aren’t expecting.