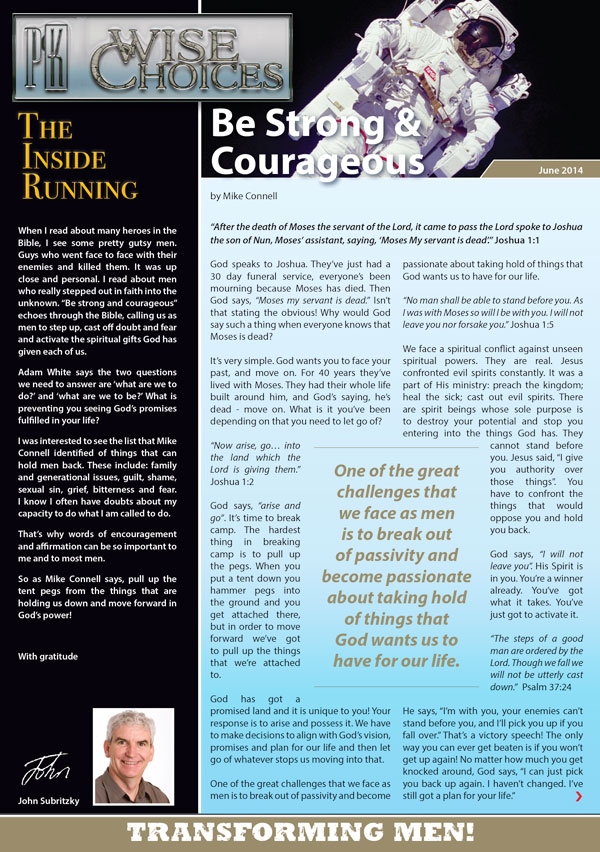 “After the death of Moses the servant of the Lord, it came to pass the Lord spoke to Joshua the son of Nun, Moses’ assistant, saying, ‘Moses My servant is dead’.” Joshua 1:1

God speaks to Joshua. They’ve just had a 30 day funeral service, everyone’s been mourning because Moses has died. Then God says, “Moses my servant is dead.” Isn’t that stating the obvious! Why would God say such a thing when everyone knows that Moses is dead?

It’s very simple. God wants you to face your past, and move on. For 40 years they’ve lived with Moses. They had their whole life built around him, and God’s saying, he’s dead - move on. What is it you’ve been depending on that you need to let go of?

“Now arise, go… into the land which the Lord is giving them.” Joshua 1:2

God says, “arise and go”. It’s time to break camp. The hardest thing in breaking camp is to pull up the pegs. When you put a tent down you hammer pegs into the ground and you get attached there, but in order to move forward we’ve got to pull up the things that we’re attached to.

God has got a promised land and it is unique to you! Your response is to arise and possess it. We have to make decisions to align with God’s vision, promises and plan for our life and then let go of whatever stops us moving into that.

One of the great challenges that we face as men is to break out of passivity and become passionate about taking hold of things that God wants us to have for our life.

“No man shall be able to stand before you. As I was with Moses so will I be with you. I will not leave you nor forsake you.” Joshua 1:5

We face a spiritual conflict against unseen spiritual powers. They are real. Jesus confronted evil spirits constantly. It was a part of His ministry: preach the kingdom; heal the sick; cast out evil spirits. There are spirit beings whose sole purpose is to destroy your potential and stop you entering into the things God has. They cannot stand before you. Jesus said, “I give you authority over those things”. You have to confront the things that would oppose you and hold you back.

God says, “I will not leave you”. His Spirit is in you. You’re a winner already. You’ve got what it takes. You’ve just got to activate it.

“The steps of a good man are ordered by the Lord. Though we fall we will not be utterly cast down.”  Psalm 37:24

He says, “I’m with you, your enemies can’t stand before you, and I’ll pick you up if you fall over.” That’s a victory speech! The only way you can ever get beaten is if you won’t get up again! No matter how much you get knocked around, God says, “I can just pick you back up again. I haven’t changed. I’ve still got a plan for your life.”

“Be strong and courageous! Don’t be afraid nor dismayed, for the Lord your God is with you.” Joshua 1:9 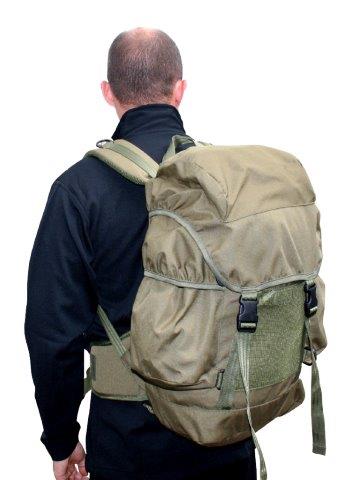 You have to identify the challenges and then face them. Five times he tells them, “Be strong, and courageous!” Whatever you’re facing, don’t be overwhelmed and afraid. Fear will shut down your spirit. You have to draw from your spirit if you’re going to win the battle. Cast aside every baggage and the sin that easily besets us. You know what it is that holds you back.

Common issues that can hold men back…

What is the key hindrance in your life stopping you arising and going forward with God, or possessing promises? Give it a name, call it out into the light and you’re already halfway to dealing with it.

This is the time to let the baggage go. It’s time to pull up the tent-pegs.