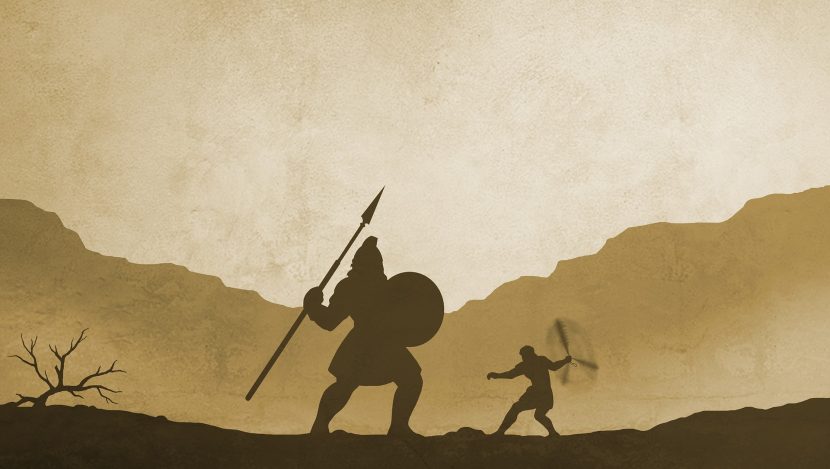 by Aaron More - I have always been fascinated by the life of David. As a child this is an easy fascination to understand, what boy doesn’t want to read of a youth defeating a giant with a sling? This interest intensified in my teens as I had a short period where three different strangers approached me at Christian meetings and said they saw me as young David. I knew enough of his story to hope that they meant the giant killing version rather than the participant in murder and adultery!

As I looked at his life, I was struck how David was not positioned for significance by his father Jesse. When Samuel came to Jesse’s house to anoint the next king of Israel, the prophet asked Jesse to line up his sons. Jesse didn’t bother calling David as he clearly didn’t see him as having potential to be the next king. It was the prophet who had to ask if he had any more sons and wait while David was sent for. Later when Goliath was taunting the armies of Israel, David was not sent to battle, but to deliver lunch to his brothers. Again, his father did not seem to appreciate the gifting and call on David’s life. However soon the lunch delivery boy became the giant slayer.

My own father passed away when I was 12, so I found it easy to identify with this young man whose father did not seem to be championing him. As I have travelled around Aotearoa, I met so many men who grew up in a situation where they felt abandoned by their father, in some cases this was a physical abandonment, but for many they had a dad who lived in the same house but was seldom present.

I found great hope in the life of David, that His life was not defined by his father’s perception. Isn’t it encouraging that we can break past family expectations and live a life of love and service to God?

God restored David in such a way that not only was he able to achieve personal break-through, but he was able to become a true father to others. David’s journey into fatherhood covered both natural and spiritual children. In the scriptures in 2 Samuel 23 we read of a company of men known as David’s mighty men. This group did great exploits for the nation of Israel. Despite his own family not seeing the potential in David he was able to see the greatness in these men and create the right environment for them to thrive.

David’s journey with his natural children was not perfect (whose is?), but through the grace of God he developed into a father who would think intergenerationally. When David had a dream to build a temple for God, he was told that the fulfilment of this dream would happen through his son Solomon. David was able to raise up a son who would take on the throne and would inherit the call to build the temple. As men we need to push through any brokenness in the way our father’s saw us and position, partner and encourage our children to fulfil the call of God in their lives.

David also became a father who impacted future generations. The phrase “walked according to his father David” is used several times in the Old Testament to refer to kings who came in the generations after David. While they were of a different time, David had established a precedent that future generations were effectively fathered because of the way he lived in his life. In one of the greatest signs of how God can totally restore us in a fatherhood journey, Jesus Christ Himself was known as the son of David. I wonder what future generations will be impacted as we are healed from our family brokenness and step into the role of fathering the next generation?

No matter what your family history has been, God is in the business of restoring fatherhood to men. My prayer is that our humility, coupled with the grace of God, would lead to fathers being raised up who would radically invest in the next generation: “God, would You restore fatherhood in our nation?”

Aaron More is the Senior Pastor at Alexandra Elim Church and a Parenting Coach in Alexandra. He’s been involved with PK for many years as a speaker and as the leader of PK Transition events.